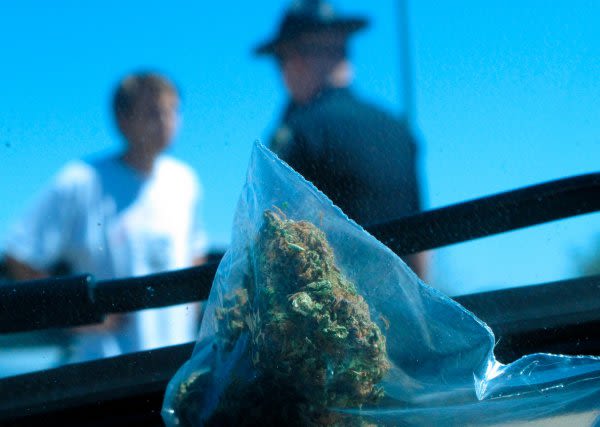 Can I Be Arrested for DUI for Smoking Marijuana?

Upon hearing the term “Driving Under the Influence,” or “DUI,” it is often assumed that the “influence” being referred to is alcohol. The dangerous effects of driving under the influence of alcohol are well documented and drilled into every discussion of driving safety.

However, driving under the influence of any drug, including marijuana and even prescription medications can be grounds for receiving a DUI or DWI (Driving While Intoxicated). Those who receive a DUI for marijuana use while driving can sometimes incur a one-two punch of possession charges for both the driver and any passengers who have the substance on them at the time of the DUI arrest.

In Texas, while there is a limit for alcohol consumption (at a .08 blood level), any amount of marijuana present in the driver’s system establishes intoxication while operating a motor vehicle. When an individual is pulled over for suspicion of driving under the influence, a “Drug Recognition Expert” may be called to the scene to determine what drugs the individual may be on. They may require the individual to provide a blood or breath specimen to determine the levels of chemicals present, as well.

As Texas is an “implied consent” state, by simply driving on Texas roads drivers are consenting to providing blood or breath specimens to determine intoxication if a driver is arrested under suspicion of DUI. A refusal may lead to the suspension of one’s driver’s license. The State cannot, however, suspend a driver’s license for refusing to provide a urine sample. One issue with implied consent in the marijuana context is that blood and breath tests can pick up small or old traces of intoxicants, making it unclear if the driver was currently under the influence, or merely had trace amounts of the substance leftover from prior use.

Any DUI offense also results in a suspension of the driver’s license. The suspension can be up to one year for a first offense, and between 180 days and two years for a second and third offense.

Why Legal Representation Should Be Your First Step

While a first time offense might seem like a small charge, getting charged with a DUI involving marijuana is a very serious situation. Texas is a state that has not decriminalized marijuana use, and the drug is considered a Schedule 1 controlled substance, so the charges are often harsh with little room for interpretation.

The levels of THC found in your system at the time of arrest may or may not be enough to prove that you were intoxicated at the time or merely had residual amounts in your system from earlier taking of the drug, with blood tests sometimes showing drug use from weeks earlier.

Legally it is not yet clear-cut where the line of intoxication resides, and this uncertainty is one of the reasons that immediately seeking legal counsel is an important first step when accused of a DUI involving marijuana, or any DUI. The circumstances of each arrest are different and an attorney will be your advocate, making sure that your case is given its fair attention and evidence is analyzed appropriately, rather than allowing you to be pushed through the legal system alone.

Having the best legal advice to get through this difficult time is the key element in getting beyond the DUI charge. If you have been charged with a DUI involving marijuana in Texas, be sure to reach out to an attorney with experience.

Chad West Law is a committed firm that understands how overwhelming these personal legal issues can become. We will help you through the legal process, advocate for the best outcome, and make sure you are safely back in the driver's seat soon.