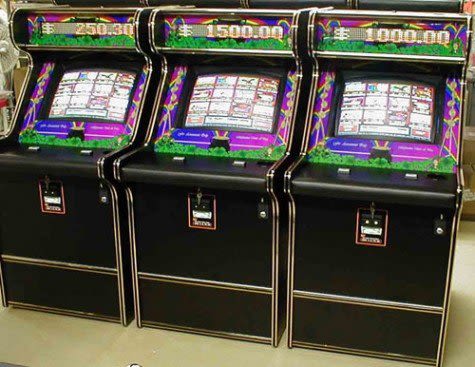 In January 1998, former Attorney General Morales stirred up controversy in the gaming industry by publishing his opinion DM-466 regarding the legality of gaming machines, namely “eight-liners.” Morales’s stated that there are three major components that make eight-liners illegal:

2.       They require the payment of consideration to play.

3.       They offer a prize, either coupons redeemable for gift certificates or, in some cases, cash.

In his opinion, Morales mentions that stripped of the “amusement” amendment the gaming devices would be considered illegal in a court of law. Since the release of the opinion opponents of gaming have used it as a tool to define their stance.

Eight-Liners” have become the epicenter of the controversy. They require the player to deposit money into the machine to receive gaming credits. The players then activate the machine by pressing a button or pulling an arm. The gaming screen contains eight lines- three across, three down, and two diagonals- on which players can win. Players usually push a button or other device to convert credits into tickets or other tokens which are then traded for something of value such as a certificate, lottery tickets, etc.

In a Focus Report published by the Texas House of Representatives’ House of Research Organization, the organization states the following:

“Chapter 47 of the Penal Code explicitly prohibits gambling-device versions of bingo, keno, blackjack, lottery, roulette, and video poker... it also defines illegal gambling devices as electronic, electromechanical, or mechanical contrivances that, for a price, allow players an opportunity to obtain anything of value, with the prize awarded solely or partially by chance, even though some skill may be necessary. Owning a gambling device is a Class A misdemeanor, punishable by a $4,000 fine, one year in prison, or both. “

However, in 1993 and 1995, amendments were made to the Penal Code that legalized “amusement” machines. These are described as electronic games that offer low-value prizes not to exceed $5 or 10 times the cost of playing the game once, whichever is less.

You may be asking yourself, “what about the lottery?” The answer is, only the state lottery, charity-sponsored bingo, and charitable raffles have been specifically authorized by constitutional amendments.

Article 3, Section 47 of the Constitution states…

Sec. 47.  LOTTERIES AND GIFT ENTERPRISES; BINGO GAMES.  (a)  The Legislature shall pass laws prohibiting lotteries and gift enterprises in this State other than those authorized by Subsections (b), (d), (d-1), and (e) of this section.

Who Has the Authority to Take Action?

State agencies that regulate lottery sales, bingo, and alcoholic-beverage licenses, such as The Texas Alcoholic Beverage Commission (TABC) have the authority to regulate and take action for any illegal gambling activity.

Prior to the attorney general’s opinion being published, law enforcement found it challenging to crack down on anti-gaming laws because the statutes were far too complex and the law contained many, many gray areas. The limited resources for departments also pushed the topic onto a back burner in order to address other criminal issues. Since most gambling offenses are misdemeanors offenders are most likely to risk criminal prosecution in return for high profits.

Proponents of the gaming industry argue that the attorney general misinterpreted the constitution. They state that eight-liners are being judged on how they look rather than how they function. One of the major proponents include The Amusement and Music Operators of Texas (AMOT)- a trade association consisting of 250 members who own and operate coin machines. AMOT says the attorney general’s opinion could cause a demise to all gaming- not just eight-liners. Others argue that eight-liners require skill and should therefore be safe-guarded to stay within the legal realm of gaming. In fact, the focus report mentions Mike Macke’s testimony before the Governor’s Task Force on Illegal Gambling. Mike is the president of Cadillac Jack, Inc., a machine manufacturer. In his testimony, he says that the machines have a button that must be pushed to complete a play of the game and that using this button is a matter of skill.

Critics, on the other hand, argue that the attorney general’s opinion should be taken as concrete legal advice and should be carefully considered by the courts involving civil and criminal cases in the gambling industry. Since the release of the AG’s opinion many opponents have flourished by using DM-466 as a basis for their argument and thus picked up pace to fight their position. In fact, the Governor’s Task Force has since recommended amending the Penal Code to prohibit all slot machines.

Civil lawsuits involving illegal gaming have been difficult to interpret. Many are pending, some have resulted in temporary restraining and seizures, and some have been dismissed. The limited history of illegal gambling incrimination statutes isn’t much help either. Criminal prosecutions have also been few and far between.

For more information on the Focus Report click here.