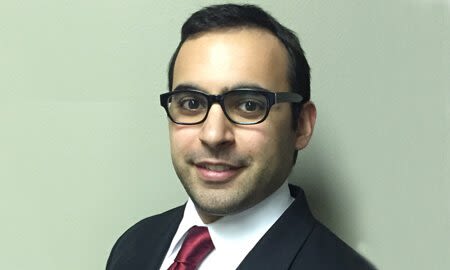 David Payma is a dedicated attorney who was born and raised in Dallas, Texas. He attended Austin College in Sherman, Texas for his undergraduate degree where he majored in Philosophy and minored in Religious Studies. After Austin College, David Payma interned at the City of Dallas Mayor & Council Office where he worked with numerous City Council Members and two different mayors in helping coordinate several City of Dallas programs. For his service at the City of Dallas, he was awarded the President's Gold Volunteer Service Award.

After his internship at the Mayor & Council Office, David Payma attended Texas A&M University School of Law in Fort Worth, Texas, where he received his Juris Doctorate in 2014. During his time in law school, David Payma participated in legal internships in both the private and public sector. He interned as a law clerk for the Office of the Attorney General of Texas General Litigation Division where he helped draft motions and conducted legal research on various complex litigation issues for multiple attorneys for the State of Texas.

David is a member of the Dallas Bar Association, the College of the State Bar of Texas, and the Dallas Criminal Defense Lawyer's Association.

State Courts in the State of Texas